There are other metal objects that are considered to be Pictish, but they do not bear any Pictish symbols. These objects are decorated in a certain style which can also been seen in, for example, the decoration of Pictish symbols on the monumental stones. Therefore it is conjectured that Pictish metalworkers made these items.[1]

The Norrie’s Law Hoard was found during excavations. The exact facts about the discovery of the hoard are not known and it is possible that a lot of silver was already melted down before the landowner, General Durham, heard about the discovery. He managed to save 170 pieces of silver of which three (!) bear Pictish symbols. However, recent research has shown that two of these three symbol bearing metal objects are copies that were made in the Victorian Era. Someone made an exact copy of the silver

Pictish plaque and also made a copy of a silver pin from the same hoard to which a Z-rod was added on the back. It would be remarkable if the silver pin was actually an early medieval Pictish object because the Z-rod never appears on its own (see for more information on Z-rods: Pictish Symbols).[2] The picture below shows the Pictish plaques, the right one is the Victorian copy and the left one is the authentic Pictish plaque. The plaque bears a Double Disc with Z-rod and an Animal’s Head. The Double Disc with Z-rod is a commonly used Pictish symbol whereas the Animal’s Head is rarely seen on Pictish monuments.

The silver plaques from the Norrie’s Law Hoard: Double Disc and Z-rod and Animal’s Head, the one on the left is Pictish and the one on the right is the Victorian copy. (source: see images)

The Norrie’s Law Hoard belongs to the collection of the National Museum of Scotland. The ‘Parkhill Chain’ and the ‘Whitecleuch Chain’ are also part of the collection of the National Museum. These chains are part of a group of eleven chains (or fragments of chains) that have been found all over Britain. Although these massive silver chains are generally considered as Pictish, only four of them where actually found in Scotland. It is thanks to the ‘Whitecleuch Chain’ and the ‘Parkhill Chain’ that these items are thought to be Pictish. They both have a clasp that bears a Pictish symbol. The clasp of the ‘Whitecleuch Chain’ has a Double Disc and Z-rod and the clasp of the ‘Parkhill Chain’ bears a rare symbol known as the S-shaped figure or S-curve.[3] These chains were almost certainly ensigns of high rank. The function of the silver plaque of the Norrie’s Law Hoard is unclear, perhaps this piece was part of a fibula (a pin that was used to keep one’s cloak in place). In this case the Pictish plaque would also indicate the high status of the person who worn it.[4] 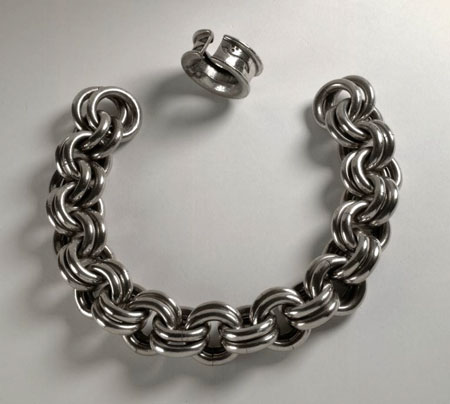 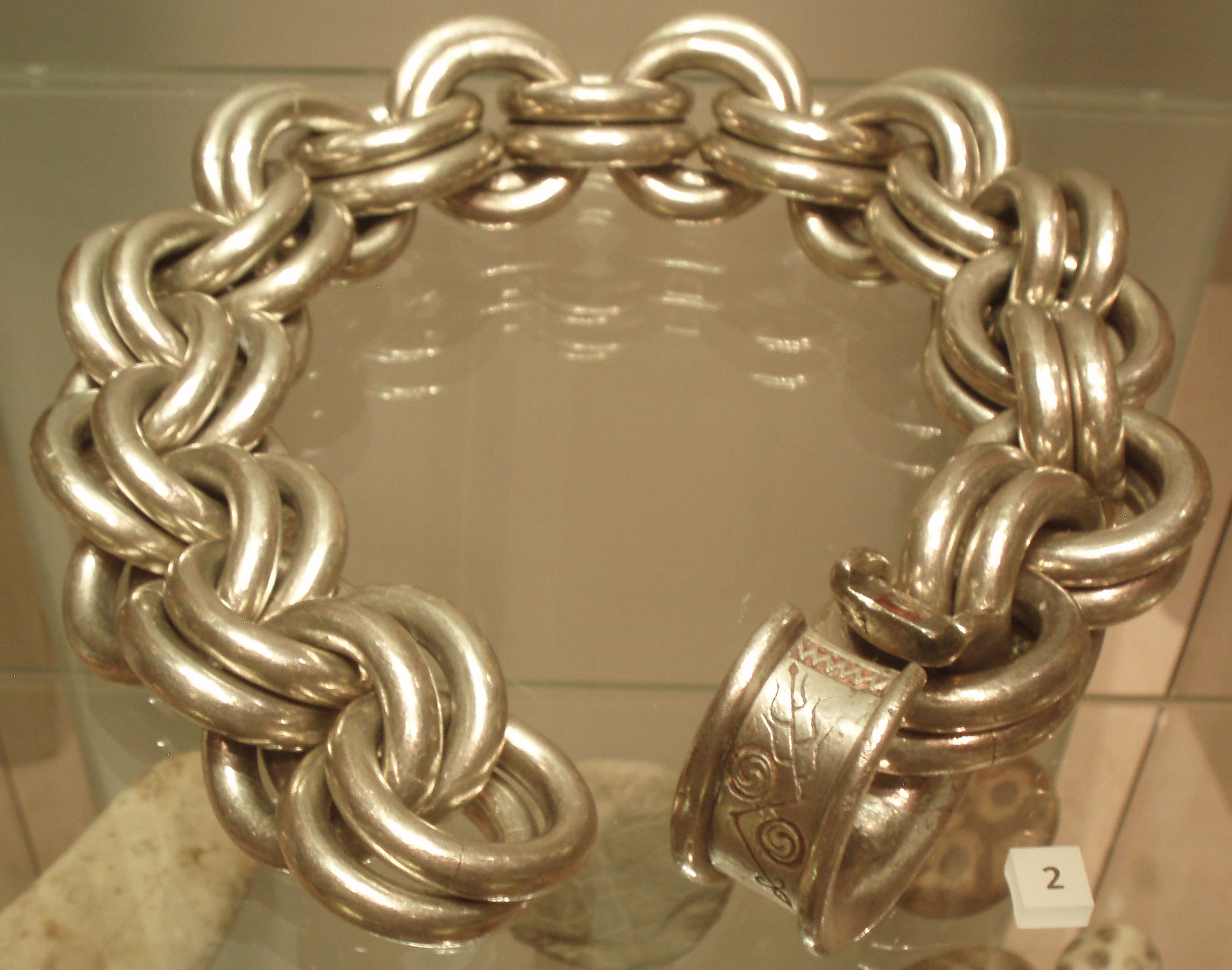